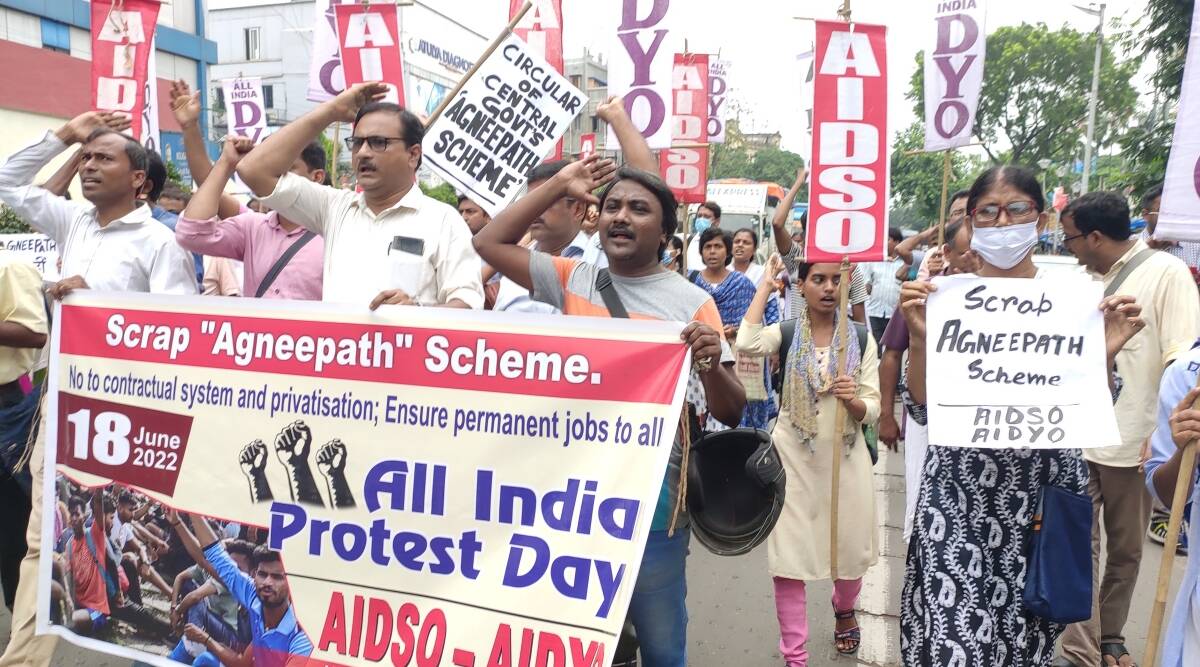 The Indian government announced the Agneepath scheme for the militants, navy, and air forces called Agniveers. It is released for the Agniveer recruitment to apply in the army force for four years. The registration for the Indian army will begin today. Since it passes, people becoming angrier and protesting against this scheme which has turned into non-violence.
The Agneepath scheme 2022 has launched the recruitment form for the Indian army, Indian navy, and Indian air force. The government says this scheme is beneficial for the recruiters, but the youth has a lot of issues with this scheme. You are also confused and didn’t understand the scheme fully. Through this article, I will let you know the concept Agneepath scheme 2022 and how it affects Indian youth.

What is the Agneepath scheme 2022?

Agneepath scheme allows youth to serve in the regular cadre of the armed forces for four years, and then they will be retired from their posts. After the end of their duty government will provide 11.7 lakh tax-free. They have skipped the scheme for the pension and lifelong health benefits for the army force, which is crucial. The scheme also said that if an Agniveer died while serving the country, their family will get the one crore and the balance salary, but it will be a one-time payout.
The Agneepath scheme 2022 also reserved the 25% seats for the armed forces by which if they are selected they can serve the nation for the next 15 years and will get pension and health benefits, and 75% will be out after serving four years to the country.
What do youth say about the scheme?
Since the government launched the Agneepath scheme in 2022, youth get angrier and started protesting to take it back the scheme. They are saying, it’s not beneficial for them instead it will ruin their career.

Following are the reasons why they are against the Agneepath scheme:

The main reason behind the protest is servicing period which is four years. The government announced the four-year servicing period, and later they can get private jobs according to their skills. Whoever provides services of armed forces for the nation will be a short period employed. The short period of employment cannot generate money for a lifetime, and no girl will take an interest to marry an unemployed man. These are cons for the short servicing period.

No pension and health benefits

The government removed the benefits of pension and health insurance policy. Now they are offering 11.7 lakh to the person who served the nation for the four years in the armed forces.

Due to the COVID-19 effect, youth have wasted their two years as defense recruitment was not conducted in that period. Now they have to apply to the NCC, and training will be held for the years. All of these are only for four years of employment, and they will have to reorient themselves in the need of the different jobs when they are about to hit 30.

After servicing the nation for four years, they will get private jobs which are practically not possible if they have no skill and qualifications for the technical posts then, who will offer jobs to them. After four years, if they didn’t get a job the unemployment rises, and they will have no other option except stealing and dacoit.

After this conspiracy, union of the home ministry department tweeted to provide 10% vacancies for recruitment in CAPFs to the retired armed forces. It is also provoking to them, and protests continue in the demand to take back the Agneepath scheme.