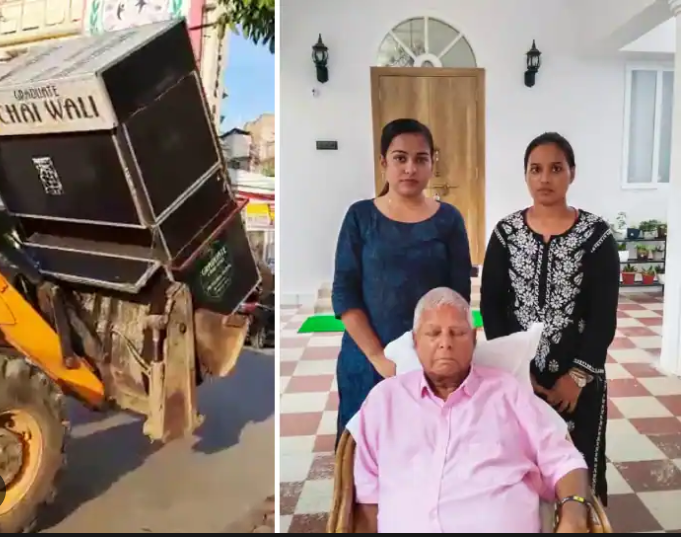 How much difficult to run a business for a woman showed Graduate Chaiwali agony. A recent case came from Bihar where a 24-year-old girl started her career in business and installed a tea stall in Patna. But it is not bearable to the system, who doesn’t want her to run her stall peacefully. Priyanka Gupta also known as Graduate Chaiwali uploaded a video where she cried over her disruption of business by the system.

Priyanka graduated in economics from Mahatma Gandhi Kashi Vidyapeeth University. She had also applied for many Government exams but didn’t clear later decided to jump into a business and started a tea stall business in 2021. It is quite hard for a middle-class girl to run her own business, especially a tea stall but didn’t care about what people will say.

After one year, she is ready to quit her business, and leave all of these behind because of critical issues. A day after Priyanka reached out to Deputy CM Tejaswi Yadav and RJD chief CM Lalu Yadav seeking help following the Patna civic body’s action on the tea stall was restored.

The Deputy Commissioner of the municipal corporation assured her of restoring her stall. While talking to the media, she acknowledged, “she already has issued her license for the stall. The recent video uploaded by her where she talked about how the system has taken away her tea stall and done nothing. She said, “people say that a graduate tea seller earns 3 lakhs. But also spend accordingly.”

In the video she said, “she is giving up on her business and going back to her home. In this world, people still think that a woman is only made for kitchen stuff and can’t build her career. This is Bihar no one accepts you working and earning money, So I am leaving all of these.”

The way she is ready to leave everything behind is harsh. Her tea stall became popular when Vijay Devarkonda and Bhojpuri star Akshara Singh visited her place.

One thought on “A woman can’t be an Entrepreneur in Bihar: Graduate Chaiwali, later restored her stall”